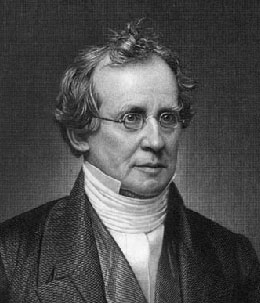 Charles Hodge on Jesus Christ as the promised Redeemer and the only Way of salvation in both the Old and New Testaments:

Our Lord commanded the Jews to search their Scriptures, because they testified of Him. He said that Moses and the prophets wrote of Him. Beginning at Moses and all the prophets, He expounded to the disciples in all the Scriptures the things concerning Himself. The Apostles when they began to preach the gospel, not only everywhere proved from the Scriptures that Jesus was the Christ, but they referred to them continually in support of everything which they taught concerning His person and work. It is from the Old Testament they prove His divinity; His incarnation; the sacrificial nature of His death; that He was truly a Priest to make reconciliation for the people, as well as a Prophet and a King; and that He was to die, to rise again on the third day, to ascend into heaven, and to be invested with absolute authority over all the earth,  and over all orders of created beings. There is not a doctrine concerning Christ, taught in the New Testament, which the Apostles do not affirm to have been revealed under former dispensations. They therefore distinctly assert that it was through Him and the efficacy of His death that men were saved before, as well as after His advent. (Systematic Theology, Vol.II, p.370-371)

Simply an amazing paragraph.  To say that the Old Testament (and not just the New Testament) is primarily about the Lord Jesus Christ is an understatement.

As Hodge points out, the Apostles referred to the Old Testament again & again in support of everything they taught regarding the person & work of Jesus Christ.

You can’t read the Gospels without noticing the multitude of quotations from & allusions to the Old Testament.

You can’t read the book of Romans (all about the gospel of Christ!) and not see how often the Apostle Paul quotes the Old Testament, especially the Psalms and the book of Isaiah.

We have one Bible, which has always taught one way of salvation through faith alone in the Lord Jesus Christ alone.  He is, and has always been, the one & only “Redeemer of God’s elect” (Westminster Shorter Catechism Q.21).