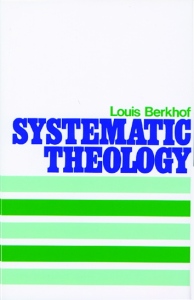 In part 5 of his Systematic Theology, Louis Berkhof includes a chapter on “The Word as a Means of Grace.” At the close of that chapter, he points out that there is often a distinction or difference between the way that Lutherans view the threefold use of the law (i.e. the civil, pedagogical, and normative uses of the law – see here), and the way that the Reformed view that same threefold use.

Now he is quick to point out that both groups “accept” or affirm the threefold use. Neither would reject any of the three uses of the law. The difference is rather to be found in the emphasis on one of the uses over the others. Berkhof notes that “Lutherans stress the second use of the law” (i.e. the pedagogical use, wherein the law of God reveals our sin to us and drives us to Christ for salvation). He writes,

“In their estimation the law is primarily the appointed means for bringing men under conviction of sin and thus indirectly pointing the way to Jesus Christ as the Savior of sinners. While they admit the third use of the law, they do it with a certain reserve, since they hold that believers are no more under the law. According to them, the third use of the law is necessary only because, and in so far as, believers are still sinners; they must be held in check by the law, and should become ever-increasingly conscious of their sins. It is not surprising therefore that this third use of the law occupies no important place in their system” (p.615).

In other words, the emphasis is primarily a negative one. To the Lutherans, the primary use of the law of God for believers is to remind them of their sins, and to restrain them from sin. To be sure, the Reformed certainly acknowledge this aspect as well. The Westminster Confession of Faith (19.6) says that the law of God is of use even to the regenerate in order to “restrain their corruptions, in that it forbids sin: and the threatenings of it serve to show what even their sins deserve; and what afflictions, in this life, they may expect for them, although freed from the curse thereof threatened in the law.”

What about the Reformed view? Berkhof continues:

The Reformed do full justice to the second use of the law, teaching that through the law cometh the knowledge of sin,” and that the law awakens the consciousness of the need of redemption; but they devote even more attention to the law in connection with the doctrine of sanctification. They stand strong in the conviction that believers are still under the law as a rule of life and of gratitude. Hence the Heidelberg Catechism devotes no less than eleven Lord’s Days to the discussion of the law, and that in its third part, which deals with gratitude” (ibid).

So, if you are a believer in Christ, which (if any) describes your approach to the third use of the law of God? Do you approach it “with a certain reserve” (as the Lutherans commonly do), or do you devote even more attention to the law in connection with the doctrine of sanctification” (as the Reformed commonly do)? By all means we should “do full justice to the second use of the law” (as Berkhof puts it), but that should in no way prevent us from ‘devoting even more attention’ to the third use of the law of God when it comes to sanctification. There is no reason to make an either/or choice out of what the Scriptures present to us as a both/and proposition.