In the previous post in this series going through the ten commandments, we began to look at the 7th commandment, which simply says, “You shall not commit adultery.” (Exodus 20:14, ESV)

We saw last time from the Sermon on the Mount (found in Matthew chapters 5 through 7), that Jesus taught that this commandment forbids not only the outward act of adultery, but even the inward disposition of lust in the heart as well. To look at another person with lust in your heart is to commit adultery in your heart (Matthew 5:28).

But God’s commandment against adultery also shows us something about the importance and sanctity of marriage, something which by any objective standard has fallen on hard times in our day.

Despite what you may have heard, God is not ant-sex. The Bible is not anti-sex. Christianity is not anti-sex. But sex is intended solely for within the confines of marriage, between a husband and a wife alone.

God instituted marriage all the way back in the garden of Eden in Genesis chapter 2. There in paradise, before the Fall of mankind into sin when Adam ate the forbidden fruit (Genesis 3), God saw that everything that He had made was good . . .except one thing.

In Genesis 2:18 God said, “It is not good that the man should be alone; I will make him a helper fit for him.” (ESV) And so who was this “helper” suitable for Adam that God made? It was Eve, his wife. In Genesis 2:24 we read of God instituting the creation ordinance of marriage, saying, “Therefore a man shall leave his father and his mother and hold fast to his wife, and they shall become one flesh.” (ESV)

That is God’s purpose and design for marriage. And the 7th commandment is given in order to safeguard it.

Why does God take marriage so seriously? Any number of things could be said in answer to that question. One could point to the many societal ills and the damage that is done by sexual immorality and divorce. The breakdown of the family has taken a truly staggering toll on our society.

But there is also another answer to that question that you might not have considered: Marriage is a picture of the gospel of Christ!

In Ephesians 5:21-33 the Apostle Paul has a lot to say about God’s design for marriage. (Space will not permit me to go into detail at this time.) And he bases everything that he has to say about marriage on Genesis chapter 2 (i.e. God’s original instituting of marriage).

But in v.32 he says something remarkable – he sums up everything that he says about husbands and wives by saying, “This mystery is profound, and I am saying that it refers to Christ and the church.” (ESV, italics added)

In his commentary on the book of Ephesians, James Boice writes,

Simply put, marriage between a husband and wife is a picture of the relationship between the Lord Jesus Christ and His church (i.e. His redeemed people). No wonder God takes marriage (and the sin of adultery which violates it) so seriously! And no wonder we should do so as well! 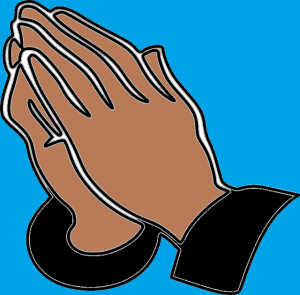 The fifth request found in the Lord’s Prayer is “forgive us our debts, as we forgive our debtors” (Matthew 6:12, KJV). It is all too easy to focus our attention on the first part of that request (i.e. “forgive us our debts”), while giving little or no thought to what follows (“as we forgive our debtors”). We looked at the first part in our previous post, and so it is the latter part of this request that we will consider together here.

The Bible repeatedly reminds us of the need to forgive one another. There must be a reason for that! And so this part of the Lord’s Prayer serves as a reminder that forgiveness will be necessary. And it will be necessary because we all still sin against each other. Sometimes we will be the one sinned against; sometimes the shoe will be on the other foot and we will be the offending party. (Frankly, each of us probably fits the latter description more often than we might care to admit.)

This holds true in marriage. One of my favorite books on marriage is titled, When Sinners Say “I Do”, by Dave Harvey. The title alone speaks volumes, and is instructive. Even the most godly marriage imaginable is still a marriage between two sinners (even if forgiven, redeemed sinners). And so forgiveness will often be necessary. Harvey repeats one statement a number of times throughout the book: “Forgiven sinners forgive sin.” In some ways that is a good summary of this part of the Lord’s Prayer.

This also holds true in churches. Do you expect to find a perfect church? A church that is without sin? Good luck with that. In fact, the church this side of heaven is made up entirely of sinners. In this life every believer in Christ is a forgiven sinner, even a sanctified sinner (!), but still a sinner nonetheless. Put enough of those sinners in close proximity for long enough, and some sparks are bound to fly! And so we pray together as the Lord Jesus taught us, “forgive us our debts, as we forgive our debtors” (Matthew 6:12).

So when (not if!) we are sinned against, we must learn to forgive. And we must forgive as Christ has forgiven us (Colossians 3:13). Likewise when we sin against someone else, we must be quick to repent, and seek out forgiveness and reconciliation with them.

If you are a believer in the Lord Jesus Christ, may the joy of being freely forgiven of all of your sins, lead you more and more to freely forgive others as well.

What is God’s standard for the sexuality of the Christian? The Apostle Paul doesn’t mince words – he gets right to the point. In Ephesians 5:3 he writes,

“But sexual immorality and all impurity or covetousness must not even be named among you, as is proper among saints.”

Here we are told that sexual immorality is not even be “named” among us! Now Paul isn’t saying that it should never be the subject of conversation among us (although he deals with filthy talk and dirty jokes in v.4). He himself is bringing up the subject in this very letter, so that can’t be his point. What he is saying is that sexual immorality should be so exceedingly rare in the lives of believers so as to be unheard of among us. It should be so rare that if someone were to accuse one of us of sexual immorality, no one would believe it because it would seem absurd.

But is that the case in today’s church?  Is anyone (inside or outside of the church) really shocked or even more than a bit surprised to hear a report of sexual immorality within the church? Sadly, I think not.

Ask yourself this simple question: If someone were to accuse you of sexual immorality, what would the people who know you think? Would they have a legitimate reason to think it might be true?

Sexual immorality in the church is the proverbial elephant in the room – it is the thing that everyone knows is there, but hardly anyone wants to acknowledge it or talk about. Maybe we are hoping that if we ignore it, it will just go away. It is the scandal of today’s evangelical church. How many professing Christians these days seem to think nothing of committing fornication, cohabitation, adultery, and even sodomy! How many “good Christian girls” get pregnant out of wedlock (and all too often not just once) without the slightest hint of church discipline being initiated for the repentance and restoration of the persons involved? In this we have become conformed to the world.

How has this mindset crept into the church? In our day preachers and teachers in the church often avoid the subject altogether for fear of offense. Or in many cases churches and even entire denominations go so far as to explicitly deny or contradict the plain teaching of Scripture on this matter. This should not be so.

Paul goes even further – he even includes our words. Not only should our lives be free from impurity of filthiness, but our speech should be free from it as well! In v.4 he writes,

“Let there be no filthiness nor foolish talk nor crude joking, which are out of place, but instead let there be thanksgiving.”

A dirty mind expresses itself not only through filthy conduct, but also through filthy speech, foolish talk, and crude humor. Such things are truly “out of place” for those who call ourselves “Christians.” And what should take the place of filthy conversation? Paul says, “ . . .but instead let there be thanksgiving.” Why thanksgiving? Thanksgiving is what should describe the heart attitude of the Christian toward God’s good gift of sex within marriage between a man an a woman. Sex itself is not a shameful, unspeakable, dirty subject. It is a gift of our loving God, and it is not to be abused, twisted, or distorted.

Christians are not anti-sex. The Bible is not anti-sex. We are against sexual immorality. We are for celebrating and sanctifying God’s good gift of sex within the bounds where God has reserved it – between one man and one woman in marriage, which is also a gift from our Creator.

May God grant His church grace and repentance, so that sexual immorality will become so rare as to be unheard of among us. To Him be the glory. 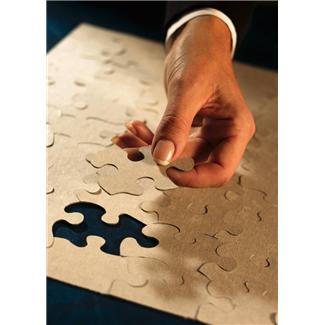 Did you know that there was only one thing lacking in the paradise of the Garden of Eden?  Everything was “good” except one very specific thing.

Then the LORD God said, “It is not good that the man should be alone; I will make him a helper fit for him.”

It is interesting that this is the only time that the LORD said something was not “good” prior to the Fall (Genesis 3).

Everything else God had made in Creation was created “good.”

In case we missed the point that God created everything good, Genesis 1:31 gives us a summary statement:

And God saw everything that he had made, and behold, it was very good. And there was evening and there was morning, the sixth day.

But when we get to Genesis 2:18-25 (the story of the creation of Eve), we are told that it was “not good” that Adam should be alone. (The animals were nice, but not sufficient.)  Adam needed Eve.

So if you are a married man, thank God for your wife. If it was not good for Adam to be alone even in the perfect environment of the Garden of Eden before the Fall, how much more do we need the blessings of marriage in a world filled with sin and misery!

Some men have the gift of singleness (1 Corinthians 7:6-8), but for the rest of us, the respective wife that God gives to each one of us is a most desperately-needed helper and companion in life and ministry.